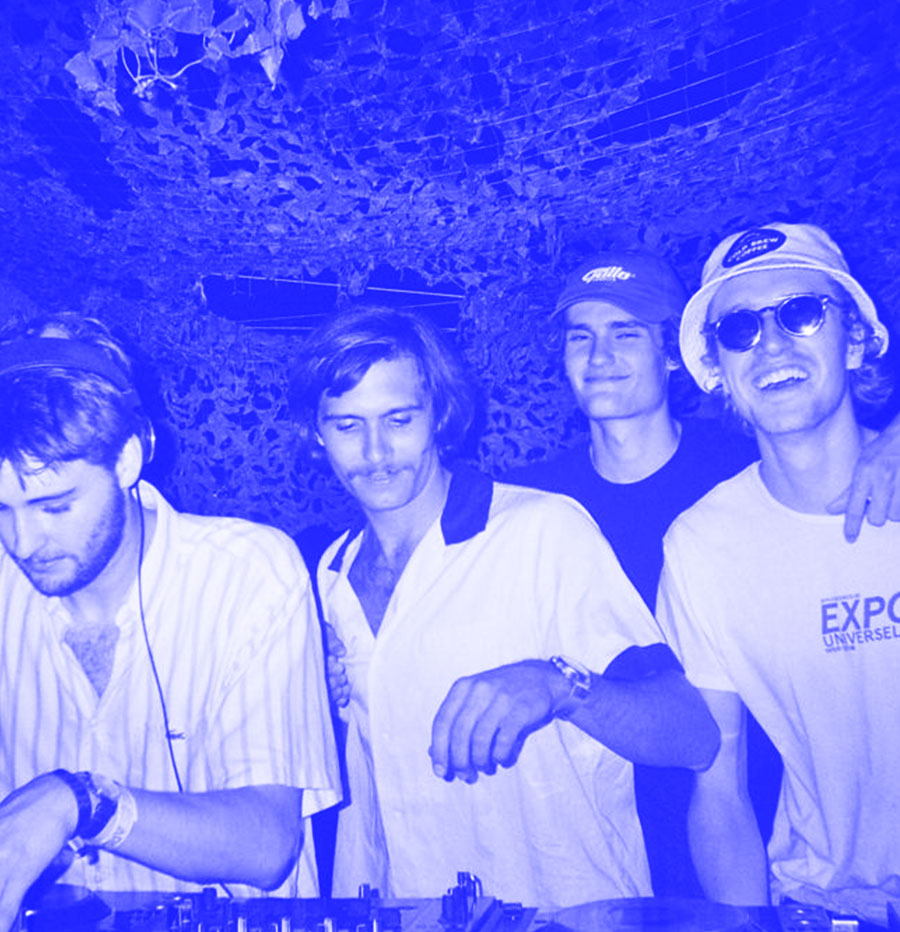 To shape the 25:17 identity, we needed the help of professional record shifters. Luckily, four passionate motherfuckers had already made plans to form a quartet. So, without further ado, I present to you:

Lu6000 (aka Lucimille): born and raised in the not-so-charming city of Charles-King, this long-lost Walloon developed an early taste for disco. Ever since, he has focused more on curating a world-class selection of bangers, rather than on his studies. Legend has it that Spotify developed their algorithm based on this guy’s brains.

Jackpot! (aka Jack-UZZI): the dude’s a party creature like you’ve never seen. He’s known for being the last groover on the dance floor. Never popped a single stimulant. Word.

Toolate Groove (aka Sébastopol): a young producer and pure house-aholic raised in the ghost village of Dworp. The palms of his hands are a temple where passion and professionalism meet harmoniously. Some believe they are a gift from the Lord Himself, which he chooses to share with all of us on a daily basis.

Dj Hermano (aka the rookmachinist): dude’s a great guy, but to this day, we still have no clue as to why he’s a part of the soundsystem.

When assembled, these four heroes form the mega-boss you could never defeat on Mortal Kombat. Trust me.